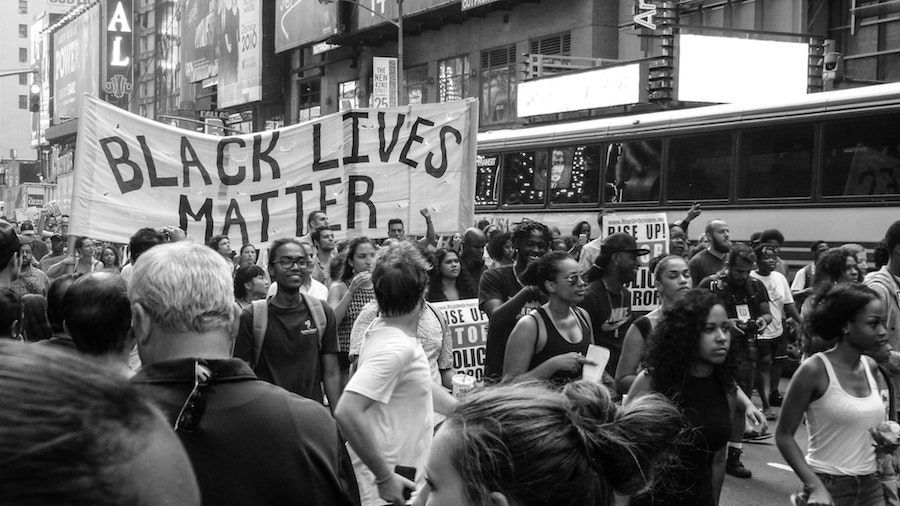 Have you ever just been minding your own business, trying to fill your gas tank, or buying groceries, or trying on a pair of shoes, and suddenly, you feel a strange sensation that there are eyes on you? Have you ever walked past a group of people, while all of their heads turned to stare at you? If you have no idea what I am talking about, then you are likely a member of the group of individuals in our society who fit what we consider to be “the norm”. Your outward appearance is likely not very different from what we consider to be the “status quo” in the U.S.

Just the other day, I went to the same Trader Joe’s grocery store that I go to almost every single weekend for groceries for the week. However, this time, I was wearing a traditional Middle Eastern garment called a “dishdasha,” which my husband brought back from Dubai for me, while visiting his family a few years ago. If you have never worn a dishdasha in the sweltering heat of the summer, you are truly missing out. It is one of the most loosely-fitting, cooling, breezy items of clothing that I own, which ends up being one of my staples when the temperatures start rising. Anyway, although I do not frequently wear it out in public, I happened to be wearing it out to TJs while running errands.

The first thing I immediately noticed while walking past the line of customers waiting to enter TJs was all of the heads turning to look at me. I began thinking, why is everyone looking…when I remembered that I was wearing my dishdasha. I did not feel offended by people looking at me, and even thought that some people might be admiring the bright colors on my dress. However, there was one older white lady in particular, who just stared me down. There was a particular look of scorn in her eyes, and even when I gazed back at her staring at me, she did not look away. She looked my clothing up and down and shook her head, as if in disdain. In my mind, all I could think was, why? Why do you have to stare at me because I am wearing a Middle Eastern dress? Why does it concern you if I look different from you?

People Fear What They Do Not Know / Understand:

If you speak any language other than English, you may have noticed that when you speak your language in public, people look at you as though they may be concerned that you are talking about them. I never thought much about this before, but ever since I was little, anytime my family would speak Farsi in public, people always stared at us. It wasn’t until I was in ND school, and a friend of mine and I were speaking Farsi in the hallways, when another one of my friends later came and told me that she occasionally felt uncomfortable when my friend and I spoke a different language with one another, because she thought we were talking about her. It wasn’t until I heard her say that, that it dawned on me that those who do not know or understand a language that is being used by others around them, might in fact feel vulnerable, and even potentially afraid or attacked.

When You Are Singled Out Repeatedly:

So, what ends up happening when you are continuously singled out over and over again, is that you start expecting people to act hostile toward you. Whether it’s just a distasteful glance, or an outright comment, this reality just becomes the norm you must live with day in, and day out. What ends up happening is that your physiology begins to change, and you start feeling like an outsider in your own community and neighborhood. Nobody likes to feel marginalized in this way, particularly in the great United States of America, where we pride ourselves on being the melting pot of all cultures, nationalities, tongues / dialects, races, genders, etc.

So, here’s the thing. We can all deal with some covert, and even overt, racism from time to time, as long as it’s coming from some random person who doesn’t really know us; however, when it comes to the particular group of individuals within the society that you are living who are meant to serve and protect you, all of that goes straight out of the window. It no longer becomes acceptable when officers of the law are the ones who are staring you down, and making you feel helpless and cornered. Just as a mouse in a snake’s cage feels an imminent threat to life or limb, as does any human being who is being cornered with every potential threat being placed upon them. It no longer becomes acceptable when the exact individuals who are meant to keep you safe are the ones who are not only not giving you the benefit of the doubt, but are also using every source of excessive force at their fingertips to ensure that you feel intimidated by them.

So, When Does It All Just Boil Over?

When you combine the pent-up feelings that go hand-in-hand with essentially being marginalized from your own neighborhood / community, with the physiologic stress response that occurs the moment you feel that you are being attacked, unless you know exactly what it feels like to be placed in that exact circumstance, then you have no right to tell anyone what they “should” or “should not” do in that specific moment in time. Whether that person feels that their only hope is to flee, or to freeze, or to be confused / stunned, is truly none of anyone else’s concern. And what’s worse, even those who fully comply with every word they are being asked to do, still end up being killed anyway.

What It Really Means to Have Empathy:

“Empathy is about finding echoes of another person in yourself” – Mohsin Hamid. “Leadership is about empathy. It is about having the ability to relate to and connect with people for the purpose of inspiring and empowering their lives” – Oprah Winfrey. “I believe empathy is the most essential quality of civilization” – Roger Ebert. “Our human compassion binds us the one to the other – not in pity or patronizingly, but as human beings who have learnt how to turn our common suffering into hope for the future” – Nelson Mandela.