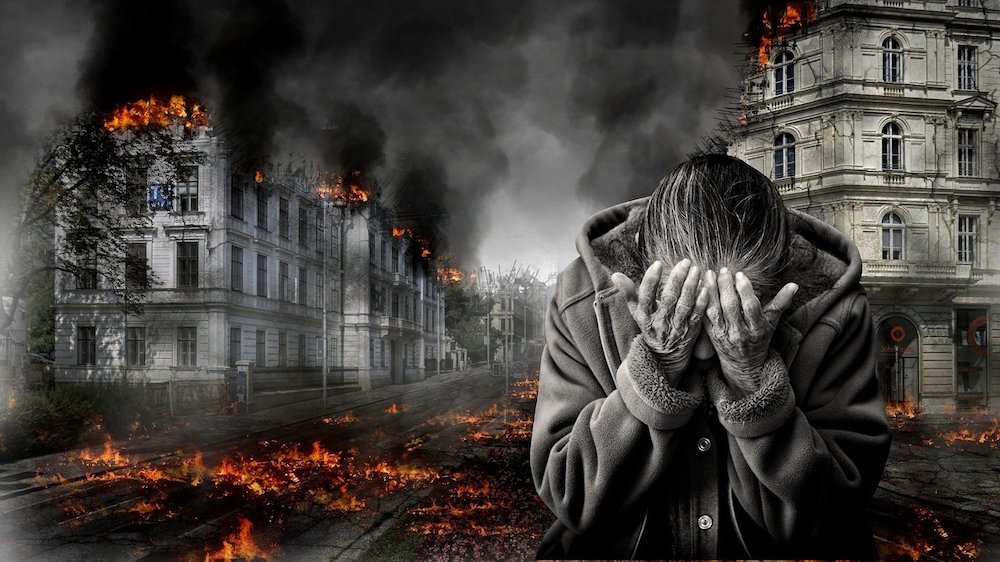 A few months ago, I posted a blog article about my personal childhood story of being born in the midst of a war-torn country, during an 8-year war between Iran and Iraq. The impetus for writing this article was a quote I came across by Dr. Thema, describing the importance of having the ability to find safe spaces to take your armor off.

When we consider the armor that we cling to and hold up high, we need to remember that when we go to war with one another, it is not only the brave individuals in combat who are wearing their armor. Every single human being across the planet is essentially wearing an invisible armor, as well. It is impossible for the human race to be unaffected by war and the destruction of life on this planet, whether it falls within the category of Homo sapien, or any other species inhabiting this Earth. Over the past months, we have watched while wildfires in Australia have continued to wipe out millions of animals from their homelands. Both humans and animals alike have lost their lives in these raging and uncontrollable fires. What has the collective human consciousness been feeling since the onset of these fires? Have we been consciously and/or subconsciously affected by the death and destruction of the lives on our planet?

When we electively go to war with one another, we are affecting our entire species by creating a more hostile environment around the globe. We all start putting on more layers of armor in the form of exclusivity, racism, anger, short temperedness, and overall hostility toward one another. Having our guards up high, while having to carry the heavy burden of this armor, leaves little space for love, support, connection, caring, and peace.

It goes against our fundamental human nature to put armor on to go into battle with other human souls. However, when it seems to be the only thing left to do, then we can somehow justify the slaughtering of other human beings. Never in the history of the human race has violence been solved with violence. Believe me, I do not need to tell you about the generations of violence, anger, death, and destruction that have taken place in the Middle East alone. It is almost as though the blood that has been spilled upon the soil in that region of the world has percolated down through generations, transpiring as a deeply seated hatred of individuals of a particular race, religion, color, gender, and class without even truly knowing why.

Why are we so drawn to the Star Wars movies? Is it because we like watching war and the destruction of one another? Or is it because when a human being dies, we can essentially feel it within our cells. This is the fundamental basis behind the Jedi being the “light-ness,” and the Sith being the “darkness”. Death and destruction are darkness, while hope and true faith in the inherent good of people, although can sometimes seem like a fairytale, is knowing and feeling and having the ability to hold true empathy for one another.

This ongoing work of attempting to heal the inner child within myself is constantly being threatened. How are we supposed to heal our wounds and traumas when “it’s” (i.e. war is) essentially on the brink of happening again?

There is a quote that resonates deeply within every cell of my body: “Human beings are members of a whole, in creation of one essence and soul. If one member is afflicted with pain, other members uneasy will remain. If you have no sympathy for human pain, the name of human you cannot retain” – Saadi Shirazi (Iranian Poet; 1210-1292 CE).

I would suggest that we might even try replacing the word “sympathy” with the word “empathy”. Can you actually put yourself in another human being’s shoes? Do you have the ability to be truly honest with yourself, if not others, about it? May the Force be with you as you “search your feelings” in the thick and hazy fog of the world we live in today.