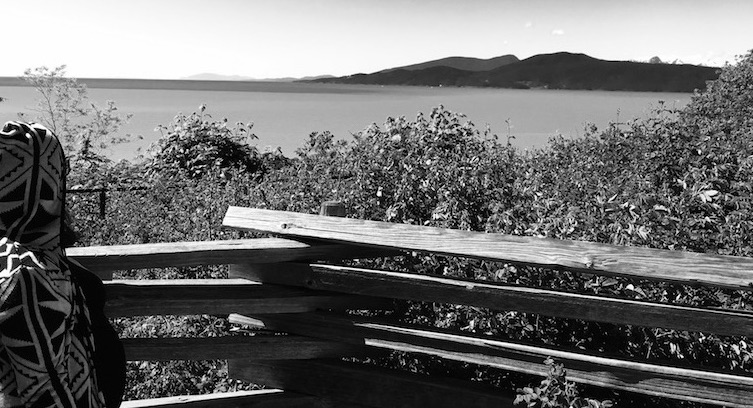 I came across a post on my Facebook feed the other day that said, “Many trauma survivors hold their breath and their bodies tightly, bracing themselves for whatever is coming next. Staying alert for years takes a toll. Create spaces where you can take your armor off” – Dr. Thema.

When I read this quote, I felt as though it was written specifically for me, and I was suddenly transported back to when I was in my first few years of life. You see, my two older sisters and I were all born in Tehran, Iran during the eight-year war between Iran and Iraq. I am the youngest of the three girls, and both of my older sisters have much more vivid memories of their childhoods than I do. The one thing I do have a memory of; however, is always holding my breath, abdomen, shoulders, and overall body very tightly, all of the time.

When did this “holding” pattern begin? I truly have no recollection, and it may in fact date back to before I was even born. I personally have zero memory of the war, or our escape from Iran in 1987, or moving to the U.S., or even living in Ohio for three years before relocating to Wisconsin, which is where I grew up. The only “memories” I have are what my sisters and parents have shared with me, including loud sirens going off, entire cities going black, my mother having to bottle feed us while holding a flashlight underneath her shirt, carpet bombs being dropped, and apparently my 2-year-old self, standing at the window crying, asking my parents “will this war ever end?”

This was then followed by a traumatic separation from my mother for a period of 10 months, while my father helped my sisters and I escape from the Middle East, in an effort to relocate to The Land of the Free, and The Home of the Brave. The problem was that the Iranian government was not allowing families to leave at that time, because they were doubtful that anyone would be returning, so we had to break our family apart just so that we could all make it out safely. Well, my mother ended up traveling alone and getting stuck in Europe without any legal papers or knowing the language, and by the time she was reunited with us, I had no recollection of who she even was, and was in fact afraid to go to her and hug her. Apparently, again, I have no personal memory of this, I stood crying and hiding behind my grandmother and watched while my sisters reunited with my mother, who appeared to be a perfect stranger to me.

I celebrated my third birthday in Toledo, Ohio with all of my family around me, and although I have very limited memories of my own, I do in fact have a distinct memory of being very frightened and jumpy all of the time. Our family of five lived in a 2-bedroom unit on the first floor of an apartment complex, and I distinctly remember that every time a group of people would walk by our balcony, just chatting in the middle of the day, I would tense up and hold my breath, worried that something bad might happen. I also have vivid memories of my uncle’s car alarm frequently going off in the middle of the night from someone trying to break into it, and being terrified and confused about what was actually happening. One of the stories that I have been told about is that apparently, every time there was a thunder storm in Ohio, I would suddenly disappear, and when my sisters or parents would go looking for me, they would always find me hiding under my parents’ bed, crying and covering my ears saying, “we are being bombed again!”

We all have traumas that we have endured in our lives, and no single person’s trauma can be rated or compared to any other individual’s trauma. Each person’s capacity for understanding and comprehension of what a situation might have been like for another human being is going to be shaped by their own life experiences. This is why judging the severity of one another’s experiences continues the cycle of trauma and harm; however, it is our love and compassion that unites us. Holding sacred spaces where those who cling to their armor, and hold their shields up high, can feel safe enough to let their guard down is such an incredibly humbling experience. We all have traumatic experiences that shape us and initiate that first sharp, shallow inhalation, that is followed by a long hold, but is rarely completed by the slow, extended, sighing, relieving exhale that lets it all melt away. Making sure that we have those comforting spaces, where we feel loved and safe enough to truly exhale, is so incredibly essential to life, because holding onto all of that armor, as tightly as we do, for as long as we do, will inevitably weigh us down and take its toll.